SIP. A Primer. What the Heck is that? 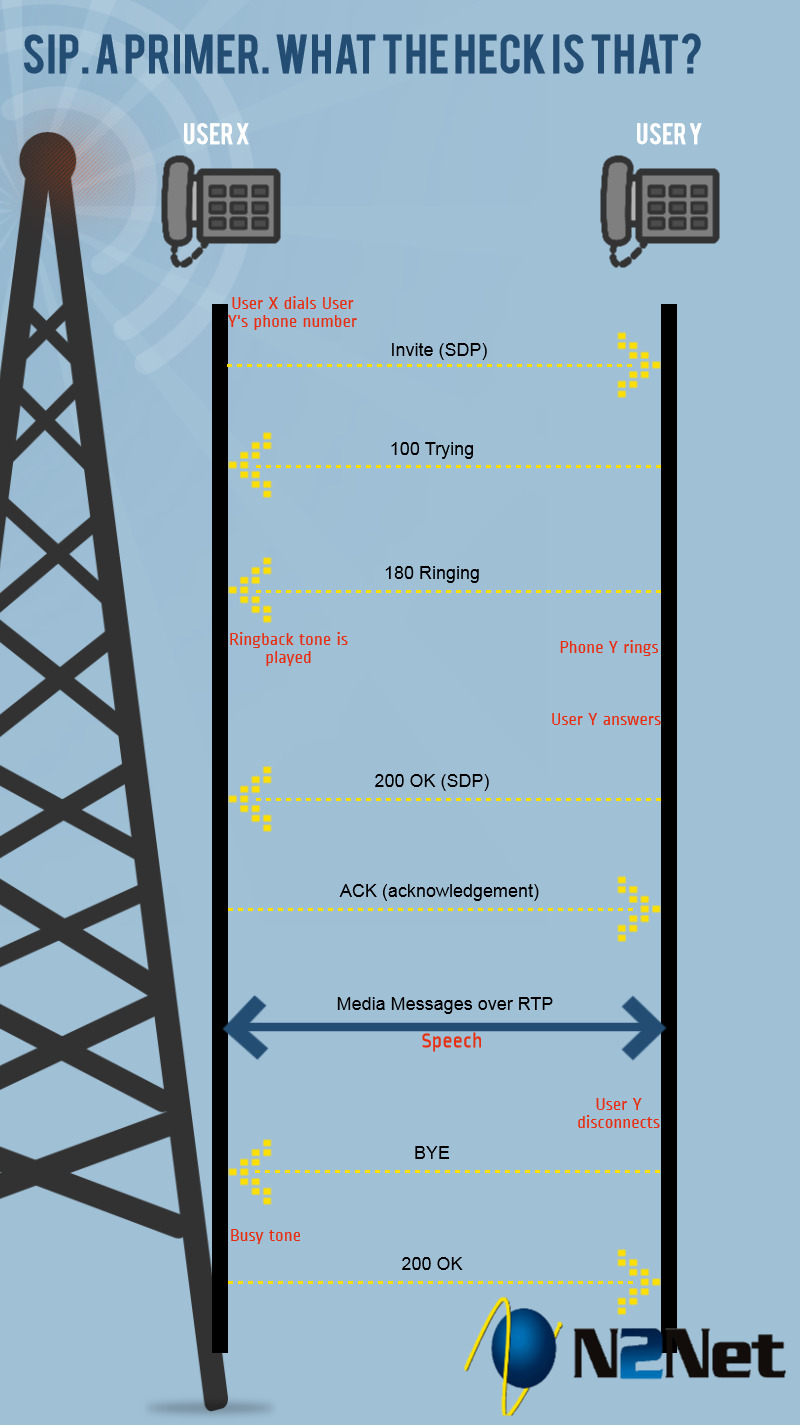 SIP. A Primer. What the Heck is that?

In the world of telecommunications, SIP is a buzzword used by many but often misunderstood. SIP stands for Session Initiation Protocol and is defined in RFC 3261. SIP is a signaling protocol designed to set up, tear down and modify phone calls on modern VoIP networks. To be clear, SIP is not what transports the actual audio stream for a phone call; that transport is provided by the RTP (Real-time Transport Protocol) in a modern VoIP network and will be addressed in a later blog post.

The image below illustrates how a SIP dialog takes place: 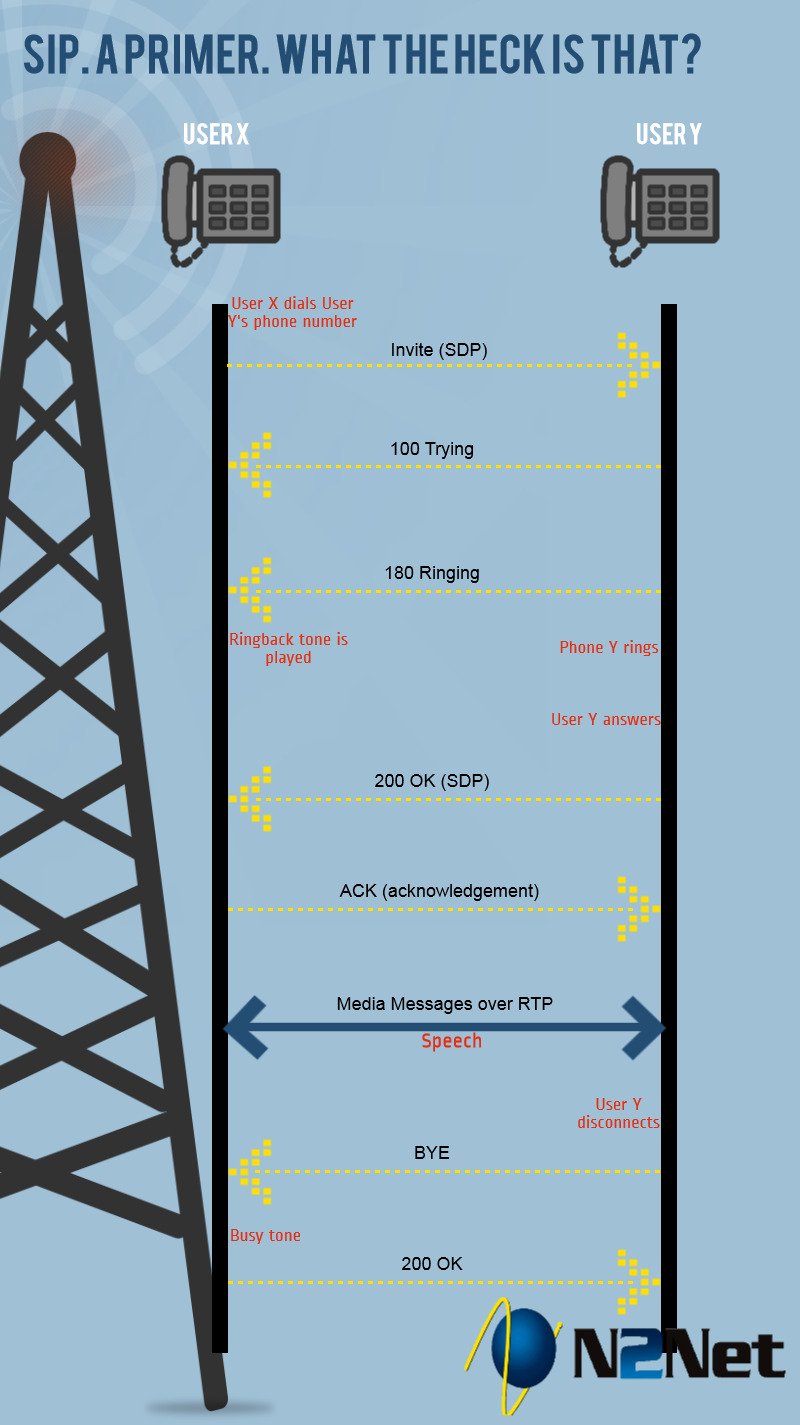 In the SIP diagram above, User X picks up the phone and dials the extension of User Y. A SIP Invite message is then sent to User Y containing information about who the call is from, where the call is going, and how the audio of the call is to be routed.

Next, User Y’s phone sends a couple of messages back to User X’s phone. The first message indicates that it is trying to locate the phone User X is attempting to reach (in this case, User Y’s). The second message notifies User X that User Y’s phone has started ringing.

This is a very fundamental example of how Session Initiation Protocol works. However, more often than not, multiple SIP proxies and NAT (Network Address Translation) devices are involved in the process but we will save that explanation for another day!

Did you find the SIP infographic helpful? Are you interested in finding out more? Schedule a discovery call or request a free sip trial!